A short Christmas story about how we are helping Santa Claus to distribute joy and happiness also in the climate change hampered future, when there isn’t that much snow and flying is not considered climate friendly action. Being a Finnish company, we are of course well-aware of the problems Santa has been facing during the last decade or so. The snow line is moving further up north and Santa has been forced to fly more than earlier to deliver presents to all kind children all over the world. Santa has been criticized for gaining so much fly mileages, because reindeer are known to let gases extensively when flying and we all know that it is not so good for anybody.

THE HAPPY ELVES OF GIM ROBOTICS

To help the good old Santa, GIM Robotics has worked relentlessly for several years. GIM is in a perfect position to do just that, because our normal daily job is to turn mobile machines into self-driving autonomous mobile robots. We are also experts in building fully functional mobile robots from the scratch. There are many subsystems to master to do that, but undoubtfully the navigation is one of the most important ones. To navigate, the machine has to know where it is, where it is supposed to go and how should it get there. In Santa’s case, it means that he has to know at all time where his Sleigh is, where he is supposed to go next and how to get there without colliding with anything, be it a late-night delivery truck or Finnair’s plane heading to Ivalo, which, by the way, is Santa’s home airport. Our approach to help Santa decrease the amount of flying, is based on the idea of providing him a fleet of autonomous RoboSleighs situated in strategic locations all over the world. No need to make those long inter-continental flights and race against the clock.

NAVIGATION TO COPE EVEN WITH THE HEAVIEST SNOW BLIZZARD

GIM Robotics is one of the few companies in the world capable of providing precise outdoor navigation of mobile machines in all weather conditions. First, we create an environmental model of the surrounding where the robot is working and then localize it in there. The environmental modeling is also known as mapping stage. Once this environmental model is done (the map is created), the machine needs to localize itself in it. That is done in real time with our proprietary localization algorithm, which uses the map as the frame of reference for the localization. When the machine can localize itself on the map, then we can create tasks that the machine can execute – like delivering Christmas presents to kind children. 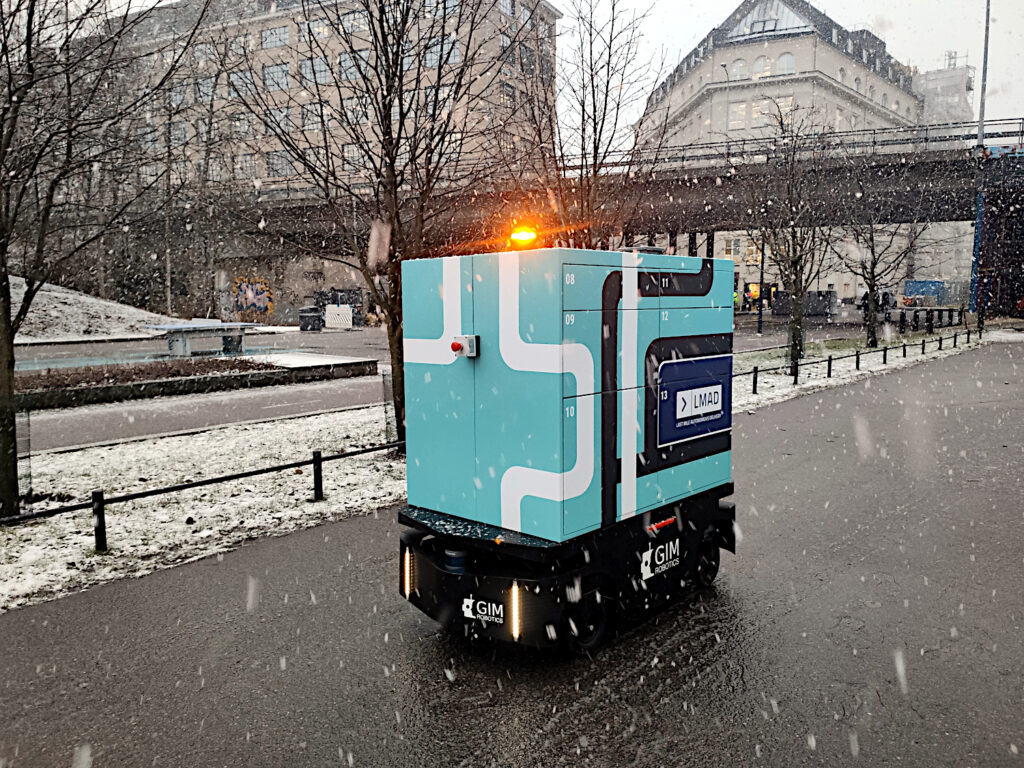 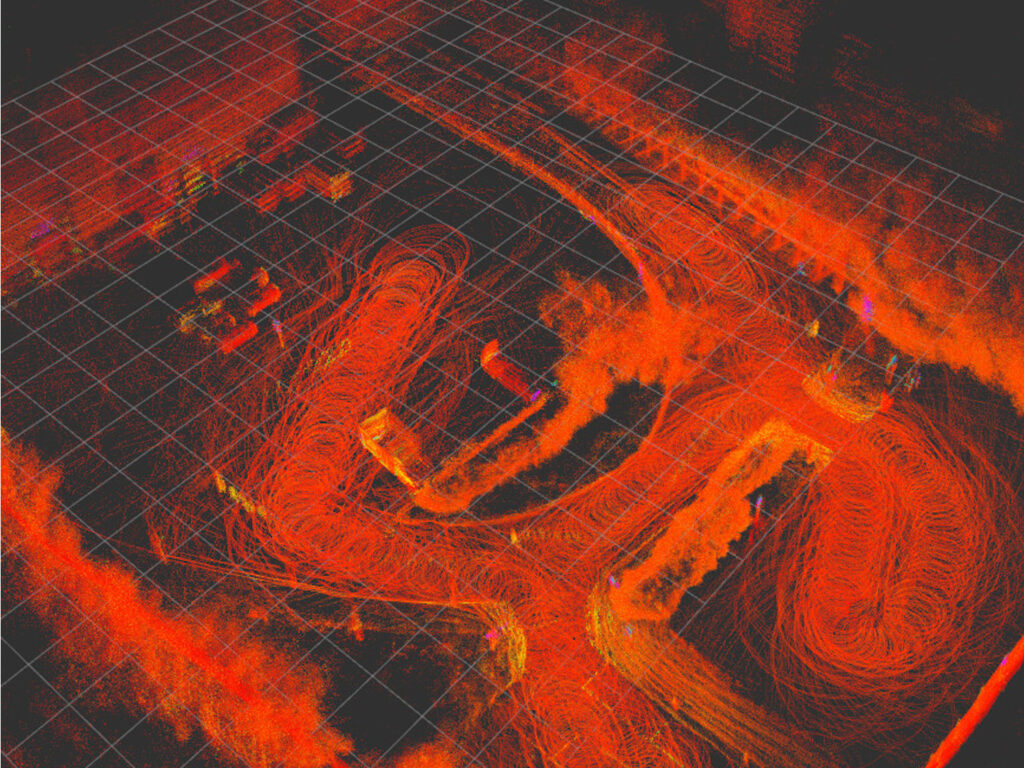 In this special case, our design and integration team developed the mobile hardware platform from the concept – electronic and mechanical designs all the way to integration and deployment. Santa’s Sleigh has some important requirements: the presents must be protected from the elements, they must be easily available and there must be plenty of  space for many packages. After all, there are so many kind children all over the world. The work on the first version of the RoboSleigh started with the concept design in summer 2019, was integrated during September-October 2019 and the whole platform was delivered and deployed in Nokia campus in Paris, France beginning of November 2019 as a part of a LMAD project funded by the EU. After all, even the bureaucrats in the Brussels know very well, that it is a good thing to help Santa. However, this Santa Claus connection was hidden under the Last Mile Autonomous Delivery concept, because, believe or not, there are some people who don’t believe in Santa. The French pilot is still running at this moment and many things have been developed to improve the experience and performance of the system. After all, one can’t provide mediocre quality to Santa.

The second version of the RoboSleigh included more powerful motors, LiPo battery for the power system, new cover and improved mechanical design based on requirements received from Santa and his engineer elves. It was redesigned during March-April 2020 and manufactured and integrated during May-June 2020, and finally used during the summer pilot at Aalto University Campus, Otaniemi, Espoo in July 2020. Although we cannot be 100% sure, we are pretty sure that Mr. and Mrs. Santa were among the numerous spectators witnessing the impeccable operation of the RoboSleigh when it was transporting packages from the local K-Market grocery store to nearby houses according to online orders.

DEMONSTRATING THE TRANSPORTATION ON THE BAANA

To make sure that everything is running smoothly before the Christmas, the RoboSleigh was participating also in a two-phased LMAD pilot in downtown Helsinki. Parcels were transported from DB Schenker’s warehouse along the light traffic route, Baana, to various destinations. The challenge in this case was the mixed environment, which included open outdoor spaces (the Square), long indoor corridors area (Baana tunnels) and different weather conditions (sunny, dark, snow and raining).

The route ended to the Helsinki Central Library Oodi. Later the robot was helping to transport Christmas presents, donated in front of the Oodi, at the Kansalaistori Square, for children with lesser wealth. The RoboSleigh was performing flawlessly. Our guys on the site, say that they saw an elderly gentleman with a long white beard and a bright red jacket following the RoboSleigh when it was going through a tunnel. He was smiling.

WAITING FOR THE VISIT

All of us here at GIM Robotics are waiting Santa to visit our HQ. We believe that he knows how good our RoboSleigh is. We are hoping to have a chat with him. We are confident that during the coming years, there will be a RoboSleigh in many places around the world. Santa can focus on managing his fleet and reduce the time needed to fly around the planet. We are sure that both Santa and his reindeer will thank us.